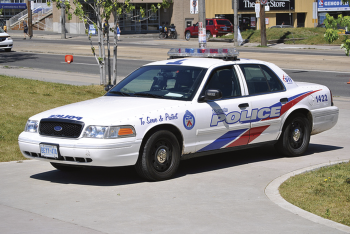 It can come from a focus on the local economy, an increase in security and policing, reduced crime rates, and forward thinking development.

A renaissance can happen, and Emery Village wants to be the next shining example of it in the Greater Toronto Area.

The York West, or ward 7, district of Toronto is young, two years younger than the city on average. They’re families, approximately 45 per cent of them live in houses compared to 37 per cent in the city, with approximately 3.08 persons per household. And they are workers. They are commuters. They are educated and motivated.

Accepting development and giving them a place to live and call home is a mandate of the town’s official plan, but making them feel safe and secure, making others want to invest, making the business come to Emery Village so that one day everyone can live, work and play at home, that comes from improving on the issues that require elbow grease and hard work.

It means rolling up the sleeves and preparing those streets for the businesses and people that will want to make them home.

“What you’re seeing are the benefits of focusing on the local economy,” said Ward 7 councillor Giorgio Mammoliti. “I've delivered hundreds of millions over the past 23 years in cheques and people are still poor. The problems of the poor community still exist. Dealing with it traditionally, is trying to spend your way out of the problem. We see that in our neighbouring wards. Ward eight still has the highest statistics, and Etobicoke, the same.”

Mammoliti, a board member on the Emery Village BIA said putting the lens on development policies and crime prevention are the keys to improving the scene in Emery Village, because they are all connected.

The Emery Village BIA has agreed and has acted, investing $500,000 annually for private security to patrol the streets of their town.

“It was the communities and my top priority in the area because of the crime rate,” said Sandra Farina, executive director of the Emery Village B.I.A. Asked if they’ve seen the results desired, she said absolutely.

“There have been many benefits to our members being able to take advantage of the 24/7 coverage we provide.

For example, free alarm responses, officers walking people from their place of work to their cars or bus stops. Every month security speaks with Toronto police to give them information or updates on what is happening in different locations so the police are aware. Our crime rate statistics have significantly decreased since security has been implemented in the area, community and business owners know that the security cars are patrolling the area and are able to issue notices of trespassing which has also improved the areas crime rate so yes, it has delivered”

The service has been active since 2010, and in its 2012 service statistics show the improvement in black and white.

From the 2010/2011 year to the 2011/2012 year, alarm calls dropped from 43 to 37. And while slight increases were seen in calls for Assaults and Break and Enters from this company, Drug Incidents decreased from four to three, Escorts from Property went from 154 to 109, loitering calls went from 151 to 23, Reports of Suspicious Vehicles dropped to 98 from 135, Illegal Dumping from eight to one and Found or Stolen automobiles from 15 to six.

The overall picture is getting much more comfortable, spin-off benefits that will only add to the community.

According to the 2013 Toronto Vital Signs report, The Economist ranked Toronto fourth in live-ability out of 140 cities around the world. And PriceWaterhouseCoopers said Toronto is a “city of opportunity” and ranked it third for its balance of economic clout, education, health and security.

The city of Toronto continues to be ranked high in valuations of crime rates and comfort. For six straight years, the Toronto Region had the lowest rate of police-reported crime among Canada’s top 33 metro areas.

It’s the exact balance being pursued in Emery Village, and according to the maps and statistics, the Village is outshining neighbours so far.

A quick look at the visuals offered by Toronto Police Service for their neighbourhood crime maps shows a plethora of coloured indicators in neighbouring wards, identifying instances of violent crime, crime against property and crimes against persons.

Emery is leading the way by focusing polices of development on crime prevention techniques, and that increased focus on local law enforcement, said councilor Mammoliti.

Added to that is Crime Prevention Through Environmental Design, or CPTED. 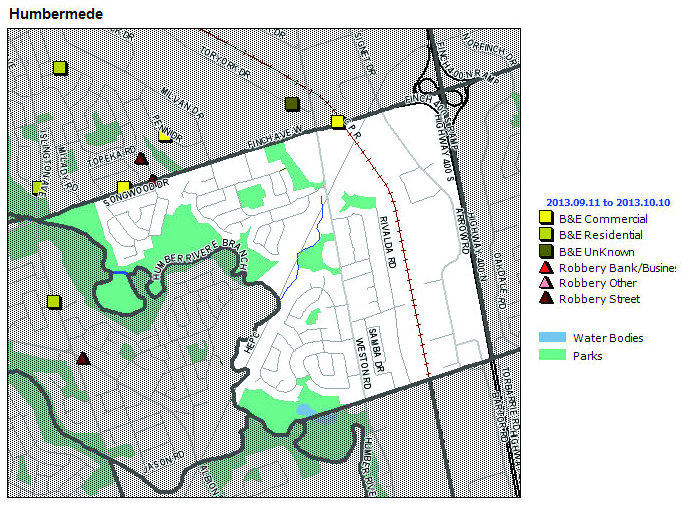 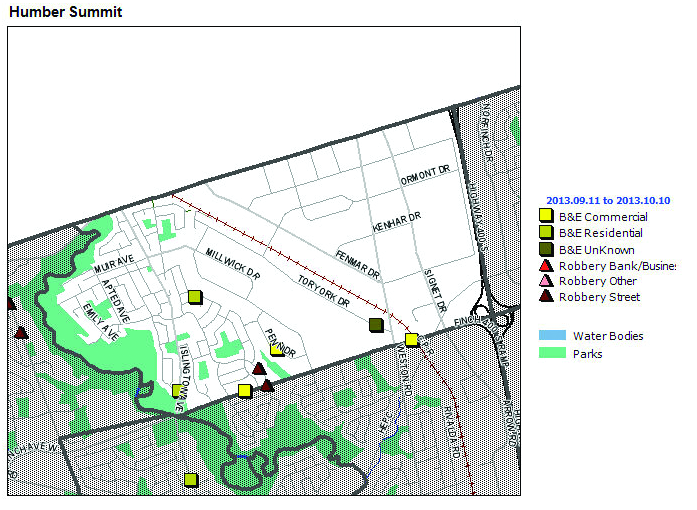 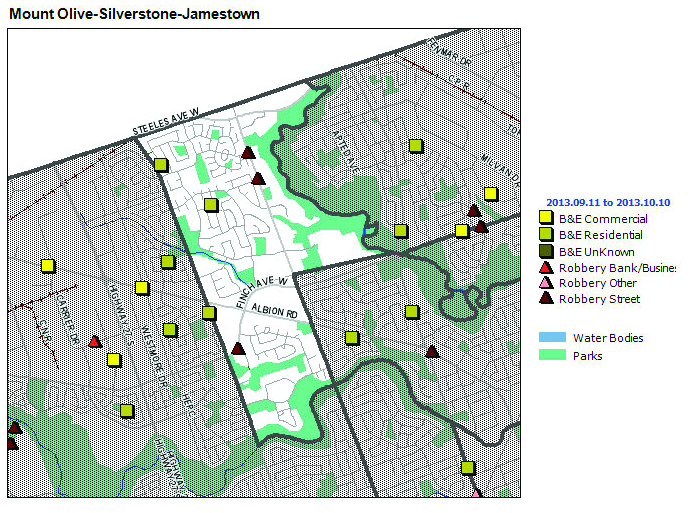 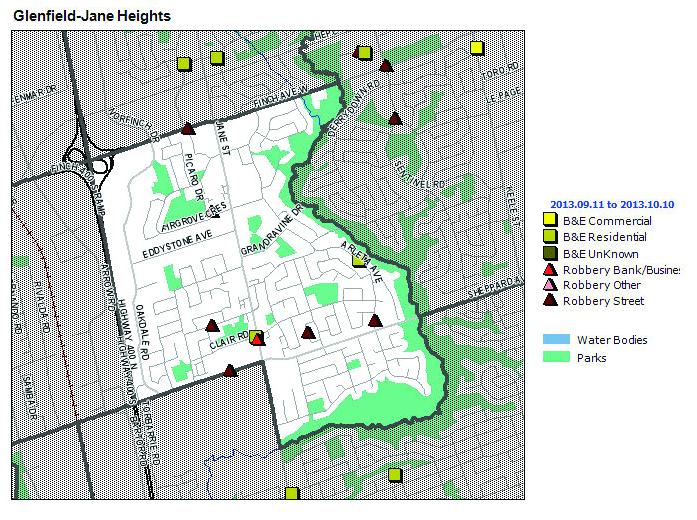