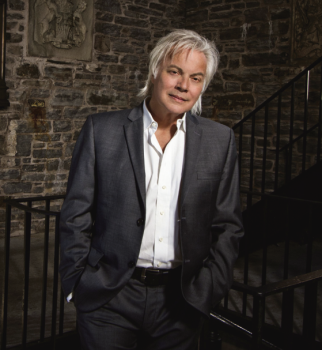 A brand-new residential community began its existence in 1966 around Bluehaven Public School south of Finch Ave. W. This community was primarily designed to accommodate the considerable stream of Italian families that would look to purchase brand new homes. In 1960, nearby Italian Gardens Recreational Facility was opened by Camillo Milani in an effort to attract Italian families to these newly created neighbourhoods. The plan worked.

All property for the new homes south of Finch had been part of the Bow Bent Farm, originally owned by the Crosson family. The land was attained by Fullerton McClure in the 1920’s. Interestingly, the Rowntree family lived nearby on the northeast corner of Finch and Islington.

The family had an influence on the sale of the farm. The Rowntrees had already transported a log house to the banks of the Ox Bow Creek at 25 Duncanwoods Dr. where it stands today. Beginning in the early 1930’s, the log house was used as the summer cottage for Aunt Gertrude Rowntree and was nicknamed Fort Garry after one of their favourite places near Winnipeg. Incredibly, a small section of trees and landscaping created by Gertrude survives on the north side of Finch. McClure had come from Woodbridge and by chance met Alberta, Ruby and Edith Rowntree of Humber Summit. Fullerton McClure ended up marrying Edith Vietta Rowntree on Oct. 19, 1921 and her mother and father (James Rowntree & Caroline (Crosson) Rowntree) convinced William Crosson to allow the Bow Bent Farm to be sold to McClure. Fullerton, Edith and their son Bruce relocated to Milton when Milani’s development began in the mid 60s. When construction of the new homes began, the farm was levelled by Milani to construct new residential streets named Ardwick, Islay, Archway, Peterson, Brubeck and Bluehaven.

In 1966, one new home on Brubeck Road was purchased by Duilio and Consiglia Zappacosta of Sora, Italy. They brought their three children Rita, Alfredo (Alfie) and Maria. At the time, the area still contained striking sections of the original Bow Bent Farm. Ravines and creeks surrounded the fringes of Bluehaven Public School’s new massive park. During this time, the community was known to have some very good child baseball stars playing in the North York Finals. Some standout players were Mike and Frank Locicero, Joe DiPasquale, Walter Rigobon, Rob Gabriel, Leonard Lynn, Frank Jakubowski, Dave Gaston, Frank Belyk, Angelo Castelan and a little later, Virg Ienco. Young Alfie Zappacosta participated in all recreational activities and, in particular, the baseball games against competitors from the nearby Ardwick Townhome Complex. He attended Emery Junior High School and Emery Collegiate Institute. Although Emery was known to have an excellent musical and orchestral program, Alfie chose to complete his musical studies outside the school with a focus on guitar.

After leaving Emery, Alfie was a member in the band Surrender until his big break. He was offered a chance to sign with Capital Records. In 1984, Zappacosta recorded his first self-titled album with the smash singles “Passion” and “We Should Be Lovers,” and won a Juno Award. A year later, he was picked to be one of the select Canadian singers on the timeless classic, “Tears are Not Enough” where Alfie and Lisa DelBello belted out a signature line.

He experienced another break when his harmonious handiwork created “Overload.” Zappacosta’s music was added to the track on the 80s blockbuster movie, “Dirty Dancing” with Jennifer Grey and Patrick Swayze.

In 1986, he released two more colossal hits, “When I Fall in Love Again” and “Nothing Can Stand in Your Way.” Other world famous hits followed in 1990 and 1991. Zappacosta’s success in music and the arts were appropriately identified in 2006 in a section of an Emery BIA historical study that identified significant and prominent persons from Emery. Alfie Zappacosta has now been listed as a likely candidate for a future street naming ceremony that would honour his continuing and ongoing accomplishments in music and the arts.

Remarkably AlfieZappacosta is still performing at the age of 62 and like a fine wine gets better with age. His jazz performances and live concerts continue to bring joy to the emotions of many listeners as he continues to create and produce his beautiful works of art. Alfie Zappacosta has planned a release of his latest CD entitled “No Avoiding Clichés” and he is planning to be in attendance at the Emery Collegiate Reunion scheduled for Saturday, May 14 at the Famee Furlane Club in Woodbridge.

You can be brought up to speed with Alfie’s music by visiting: