30 years of providing protection with care

Gino Rea has a flair for hair

Help your best friend have a ball with Muttballs

More custom than production, Topkote is the highest quality finish 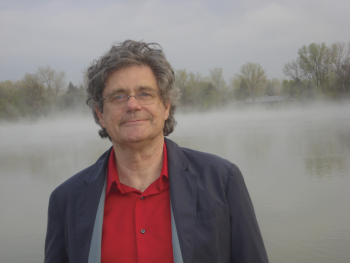 Another selected work by Laurence Hutchman

That first fall we climbed toward the farmhouse at the top of Emery hill. Near the ravine ridge we entered the wooden hut and looked down into the well, wondering where the water came from. When Les and I looked up at the house the farmer and his dog were bearing down on us; we turned and ran down the hill through the marsh, with the dog chasing us, and the farmer waving his shotgun, shouting, “Stay off my land.”

Months later, still afraid of that man we walked again toward the then deserted farmhouse. Over rusty mattresses we crawled, sneaked past the wrecked Studebaker, we opened the door, child anthropologists entering an ancient tomb. Inside, the house was intact: coal oil lamps, mirrors, a wash stand, doilies, a church calendar, “God Bless Our Home.”It was as though they had just moved out. We opened a small black trunk, a treasure chest and found copies of The Globe and Mail going back to the beginning of the war and in the wind I hear Walter Cronkite’s deep voice speaking of Battle of Arnhem. Turning the yellowed pages I thought of the old man overseas as I read headlines—Stalingrad, Normandy, El Alamein, and studied photos of Churchill and Roosevelt, resembling old trading cards.

The next week, in the cold November chill, I saw this black trunk in the Gulfstream schoolyard, the broken chest spilling out its papers like calendar pages in an old movie, clinging to the wire of the Frost fence. A few months before families were still out doing the wash, pumping water, feeding animals and then they were gone. Only the mouldy smell of mattresses, rust stained refrigerators and the ruined walls of the farmhouse remained and the memory of that nameless farmer like an old god guarding the hilltop.

About Laurence HutchmanLaurence Hutchman grew up in Emery and attended Gulfstream Public School and Emery Collegiate Institute. He received his PhD at the Université de Montreal in 1988. He has taught at a number of universities including Concordia University, the University of Alberta, The University of Western Ontario, and The Université de Moncton where he was a professor for 23 years. Laurence Hutchman has published eight books of poetry, co-edited Coastlines: The Poetry of Atlantic Canada, and edited a book of interviews In the Writers’ Words: Conversations with Eight Canadian Poets. He has received numerous grants and awards including the WFNB’s prize for individual poems and the Alden Nowlan Award for Excellence. He has served as Quebec Representative and New Brunswick/ PEI for the League of Canadian Poets and as President of the Writers’ Federation of New Brunswick. Hutchman has had many readings and conducted numerous workshops in Canada, the United States, China, Ireland and Bulgaria. He lives with his partner, the painter Eva Kolacz in Oakville.