Productivity and the science of music - a catchy tune 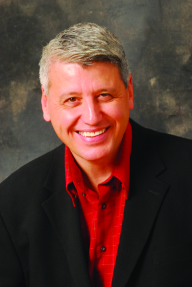 I found the secret to productivity that can make money.

Like most people, music is a huge part of my life and my tastes are constantly changing based on how I feel or what I’m doing.

I listen to the most music while I work, sifting through playlists, from jazz, to classics, to old 50s and 60s television theme shows, on what seems to be a never-ending search for the perfect tunes to keep me in the zone.

I thought it’d be interesting to look into the science behind the deep power of music to find out if it actually helps you work better.

Whether you’re listening to the driving beat of music like Hawaii Five O or the opening chords of Dave Brubeck, both have an effect on your brain that is not seen in any other animal.

When you listen to music, a part of your brain called the nucleus accumbens gets activated. That is a big word; I won’t dwell on this medical jargon.

But I want you to understand that this triggers the release of the “pleasure chemical” dopamine that lives in a group of neurons in our brains called the Ventral Tegmental Area (VTA):

Dopamine is the same chemical that gets released when you eat your favorite food or when you get a client who is a referral that could have big potential.

How does this translate over to listening to music while you work?

If you’re not looking forward to cleaning out your email after getting back from a vacation or filling out that long excel spreadsheet at the end of the month with your finances, music can help.

Because listening to music you like is pleasurable it will not only make the task seem more fun, but as research shows, it can actually help you complete the task faster.

I have done some reading over the years on this subject. I found that a person’s ability to recognize images, letters, and numbers was faster when rock or classical music was playing. The music was not blaring but just in the back ground. With no music you tend to slow down your pace.

A similar effect is that workers on an assembly line listened to music.

The workers who listened to music were happier and more efficient and made fewer errors.

So whatever type of music you like, as long as you’re listening to something, you’ll enjoy repetitive or boring tasks more and get them done faster.

Stop the music if you’re presented with new information that’s complicated, it takes more focus and mental energy for you to grasp and apply that knowledge.

For example, if you’re learning how to use a new subject or writing your first lines of programming code, it’s best to shut the music off.

Last week I read about this study done in 2010, by the University of Wales.

It showed that when adults were asked to complete a fairly complex task of trying to remember a series of sounds presented in a specific order, their performance decreased while listening to music. They could not focus on the whole picture.

The bottom line of the study concluded, that your ability to learn something new that is cognitively demanding decreases when you listen to music.

So when you are learning something new and complex, put your ear buds down or turn the music off and learn without distraction.

If you’re listening to new music, while working, your brain may release too much dopamine especially if you find a song you love. You’ll start to focus more on the music rather than the work you’re actually trying to do.

When you learn something new, dopamine levels increase and can cause you to lose focus and interest in your work because it’s not as interesting. Stick to your favorite song list when you work but, if you want something new, play songs that have little or no lyrics and at least it won’t take your concentration away entirely.

There are a few types of music that have proven to be effective in establishing flow for most people. Playing classical or instrumental music have been shown to enhance mental performance more than music with lyrics.

In closing, music helps you breeze through simple tasks and things you are well-trained to do. When it comes to taking on something new that’s challenging, it’s best to shut the music off until you know your job at hand well enough.

Remember everyone’s experience of music is different but now that you understand the why and how of its effects, go create the perfect music list and make work a great deal easier and more productive.