Ida Lest we forget

In times of disaster, First General is there to restore and repair

Library dressed in orange for truth and reconciliation

The art of living well for seniors in Emery

The holiday season countdown has started 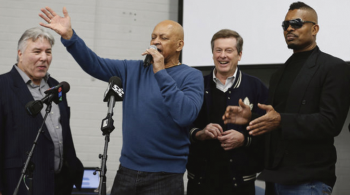 The event was hosted by former boxer Spider Jones to raise much needed funds for the Believe to Achieve Organization at Spider’s Web - Children & Youth Empowerment Community Centre in the Chalkfarm area.

The centre is Jones’ attempt to break through and promote awareness and encourage our community’s youth to be engaged in the pursuit of excellence in top-notch athletics. The program was well received by local Councillor Giorgio Mammoliti.

This year’s boxing spectacular is scheduled to be held on March 5 at the Arcadian Court at 401 Bay Street in downtown Toronto. Once again, Spider’s event will have special guests George Chuvalo and Emery’s own Donovan “Razor” Ruddock. 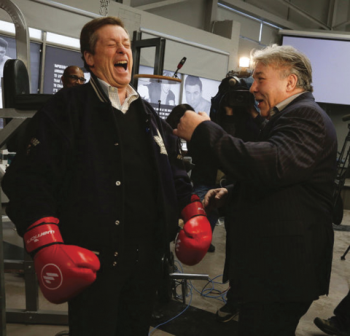 On February 8, Jones held a news conference at the local boxing centre at 160 Chalkfarm Drive. The conference was attended by his friend, the legendary George Chuvalo and Toronto’s new mayor. Mayor John Tory conducted some make-shift boxing exhibitions and even gave instruction to area youth on how to hit the heavy bag. Both “Razor” Ruddock and his wife Tritcha-Anne were also at the news conference to lend support to the cause of keeping Emery’s youth active in sport. The dreams were big, from winning an Olympic medal, playing in the NBA, the NHL or high-level achievement in world-class boxing.

For ticket information to this year’s event please visit: